The Digital Future of India 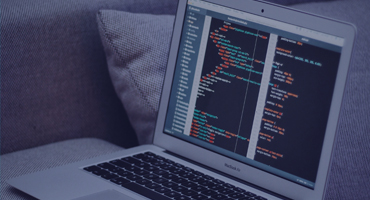 India is the fastest growing economy in the world for several years now and there is great probability that the pace of our country’s growth might increase as we go ahead and the internet is a very important factor in that case. Internet has grown leaps and bounds since 2013 and in India the number of internet users has grown exponentially since 2016, thanks to Jio. People in India are getting tech savvy and even the small towns and villages are getting digitally equipped because of the government initiative “Digital India”. For all and any kind of business, it will soon be inevitable to integrate their business with the internet in order to survive in future. Let me tell you some interesting facts to back the claim:

In 2018, around 16 crore smartphones were sold in India alone In near future around 90% of businesses will rely on digital marketing.

At the moment China is leading the digital future in terms of the fastest cellular network and the number of active subscribers. They are also expected to become the foremost 5G market. China currently has 800 million internet users and the usage is mostly through smartphones. The highest population also plays a major role in this matter. It also has the largest number of base stations which is reported to be close to 5 million for 3G/4G and cell sites. At the start of this year China had more than 330 million premises connected to their fiber network which is remarkably more than any other country. China’s advanced network will help to generate billions of dollars every year by 2024. The rationale behind showing this data is to show a picture of what India has the potential to become in the next decade. India is on the right track to achieve the same numbers at a faster pace and become one of the biggest digital markets in the world. Due to the US-China Trade war, around 200 American companies are looking to shift their manufacturing bases to India which will be a major boost to our economy. We are already growing at a faster rate than China and we must put in all efforts to improve our speed. In order to reach such great levels we must readily accept and support new digital business models that will skyrocket our growth so that we can successfully become one of the most economically powerful countries in the world.

I would like to end this by saying that the digital future of India looks really bright and it will have a positive impact on our lives provided that even we are ready to adopt the modern techniques and methods that will increase the pace of our development. Tell us what you think about it and if you have any questions feel free to ask.